This was filmed right before Pretty Black passed away REST IN PEACE Pretty Black. We were lucky enough to spend some time with him and sell his music. Here is something we wrote right after he passed. Rapbay.com would like to send our blessings to Pretty Blacks family. Over the past few years Pretty Black’s rap career has been moving up the Independent rap charts. With two CD releases to date (Definitely Eatin’ Vol. 1 and Prince of the Streets) plus numerous guest appearances, Pretty Black had proven he had rap skills. His known affiliation with The Regime, Dopegame, and Chopper, helped Pretty Black broaden his rap audience and was a stepping stone for his own company, Money Over Everything Entertainment. Pretty Black was a unique individual who was not afraid to express himself. He was confident about his image and style and most of all, he loved money. Pretty Black will be remembered for his versatility and his ability to entertain. He was definitely on his way to becoming a boss in this rap game. Pretty Black you will be missed. May you rest in peace. Please stop the violence!!!!

Overlord Scooch – “What Really Come With This” (Official Music Video) 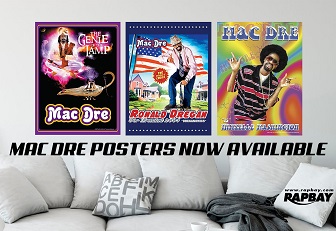